There are three main factors that make The Curotto-Can® the most productive automated curbside collection system. 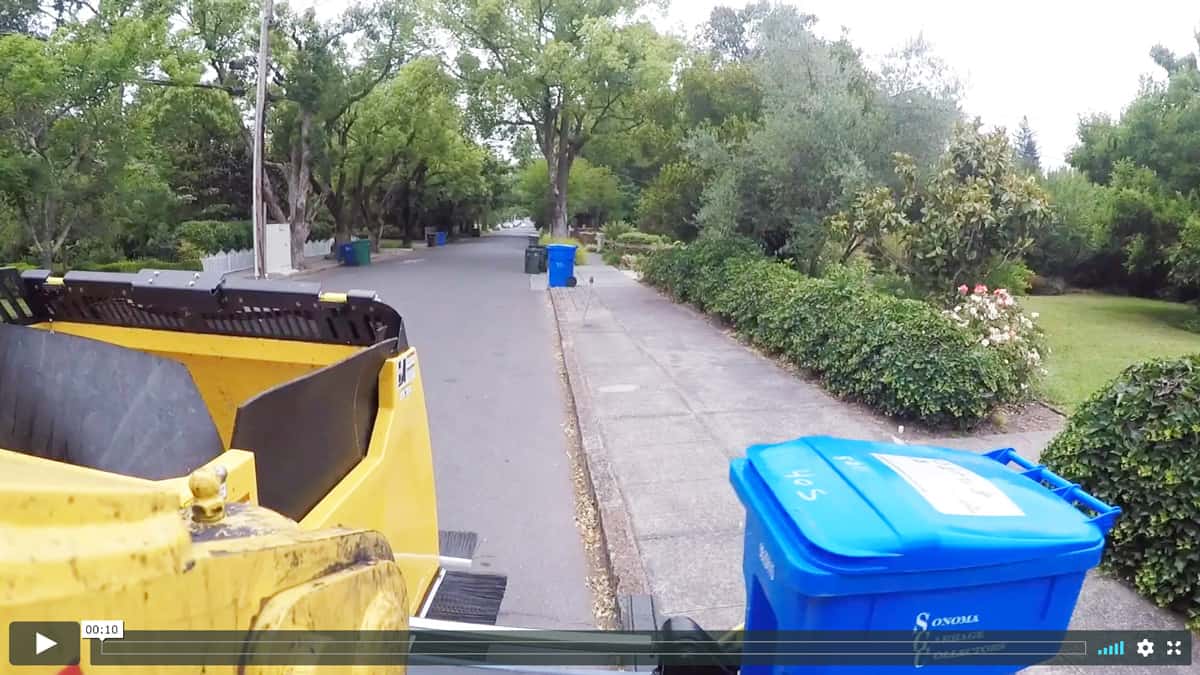 1. Speed At Each Stop

When operated at maximum efficiency the driver of a Curotto-Can starts to extend the grabbers as they are pulling up to the cart. Then it takes approximately 4-5 seconds to pick up, dump, and return the cart to its original position – the shortest of any automated system. The wheels are stopped only for the 4-5 seconds it takes to complete the dump cycle. The operator retracts the slide and grabbers as the unit is driving away.

With an Automated Side Loader (ASL), you must bring the truck to a complete stop before the arm can be extended. The dump cycle is longer and then you must fully retract the arm before driving away. ASLs spend 3-4 times longer in front of a house than a Curotto-Can.

The time an automated front loader with a Curotto-Can spends in front of a house is the shortest of any automated system. Less time servicing a home means more homes serviced per day. 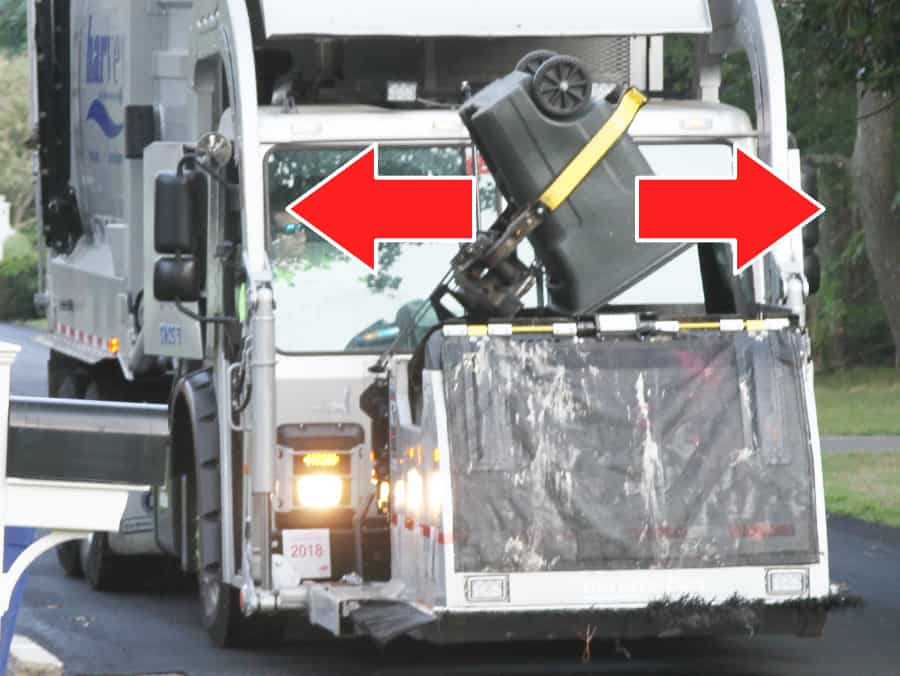 2. Ability To Spread The Load

With other automated collection systems, the cart dumps material in the same place each time, creating a central pile and not filling the container to the edges. The patented off-set arm on the Curotto-Can spreads the material evenly in the can, from street-side to curbside, fully filling the can. There are two benefits to this feature. First, you can collect more carts before stopping to empty the can into the hopper. Secondly, with fewer hopper dumps there are fewer wear cycles on the main pivot bearings and less stress on the arms and forks. 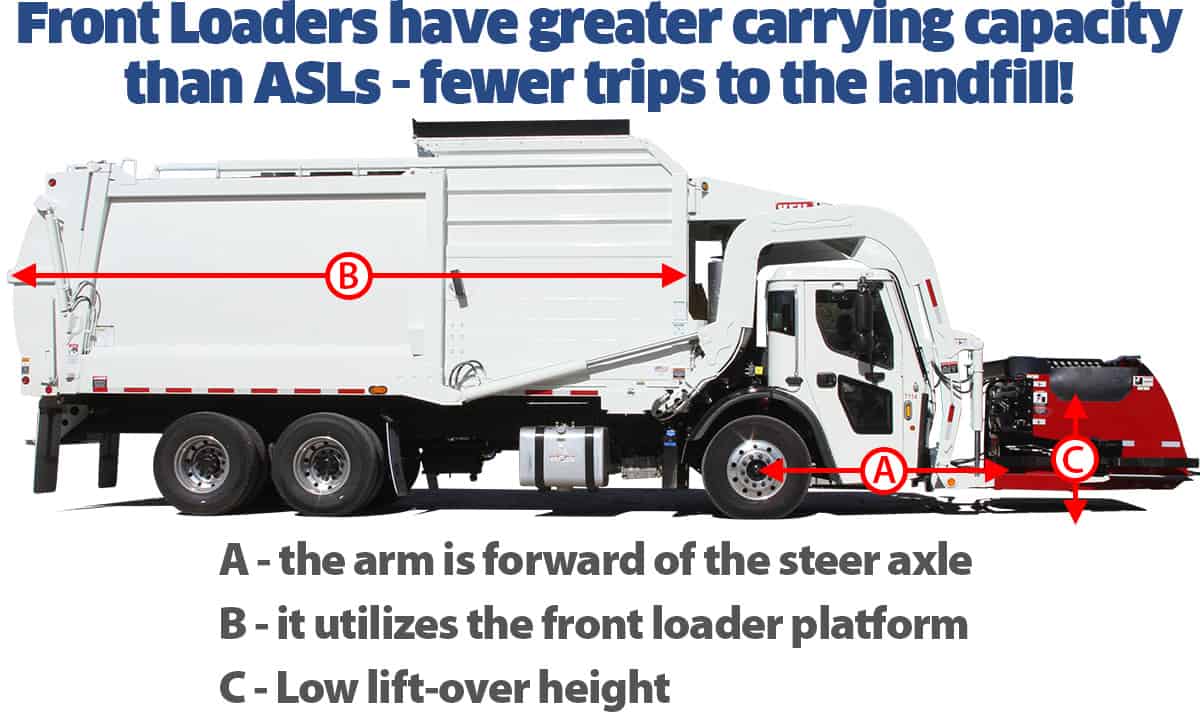 In addition, a front loader offers a large hopper, which means you can pick up a wide range of materials, including bulky items like furniture and appliances. Front-loaders also have far greater packing pressure and a larger packing blade than an ASL, thus more material can be more densely packed into the body. This means fewer landfill trips are required for a front loader equipped with a Curotto-Can as compared to an ASL.  Landfill trips reduce productivity because they reduce the time spent servicing homes.

A third factor is the cost of contaminants. Both ASLs and rear loaders can have a contamination rate as high as 25%. The Curotto-Can system enables an operator to reduce contaminants to as low as 4%. This enables you to avoid having to pay for sorting and contaminant disposal at the landfill, further reducing your annual operating costs.

When you combine all the factors: initial cost, operating cost, labor cost and cost of contaminants, a front loader equipped with a Curotto-Can has a significantly lower cost per processed ton of material when compared either to an ASL or a rear loader. The Curotto-Can system completes the route in less time, uses less fuel, and with fewer trucks.

Simply put, the Curotto-Can system services more homes in less time at a lower cost than either of the two other systems. 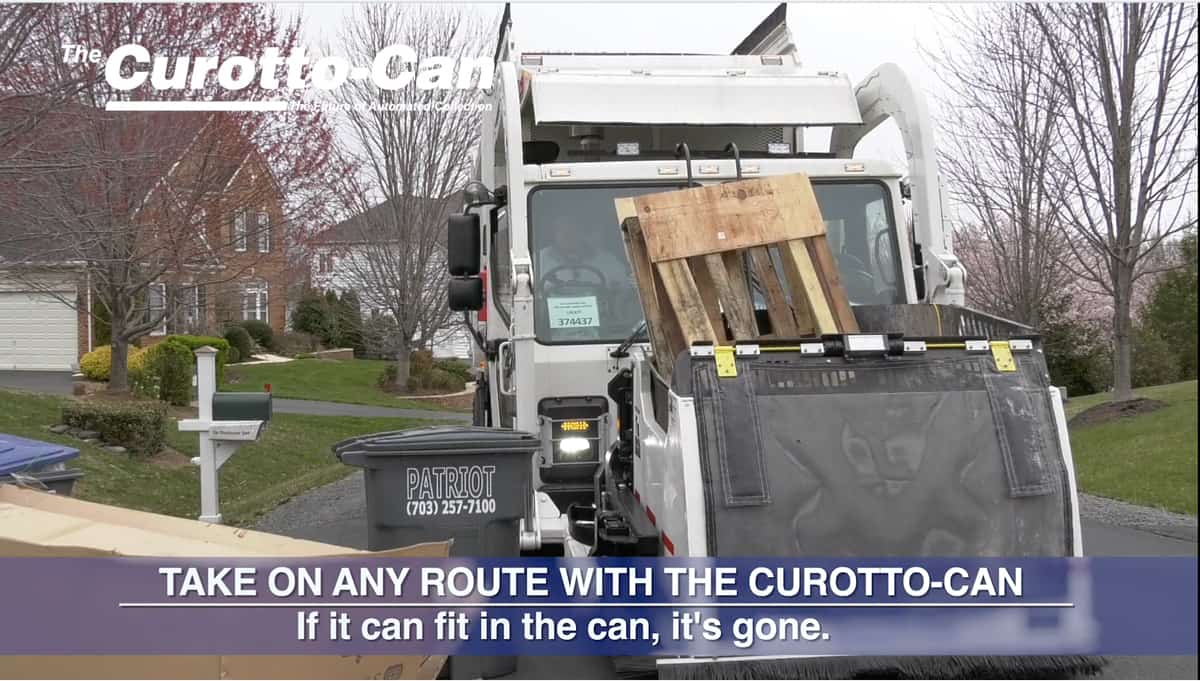 While the initial cost to purchase an ASL is about the same as the cost to purchase a front loader equipped with a Curotto-Can, the ASL can only collect one type of route – residential. In contracts, front loaders equipped with a Curotto-Can can pick up both residential and commercial routes. Front-loaders can be used for commercial routes at night and for residential during the day. For a large hauler or municipality, this kind of fleet flexibility can reduce capital costs significantly. 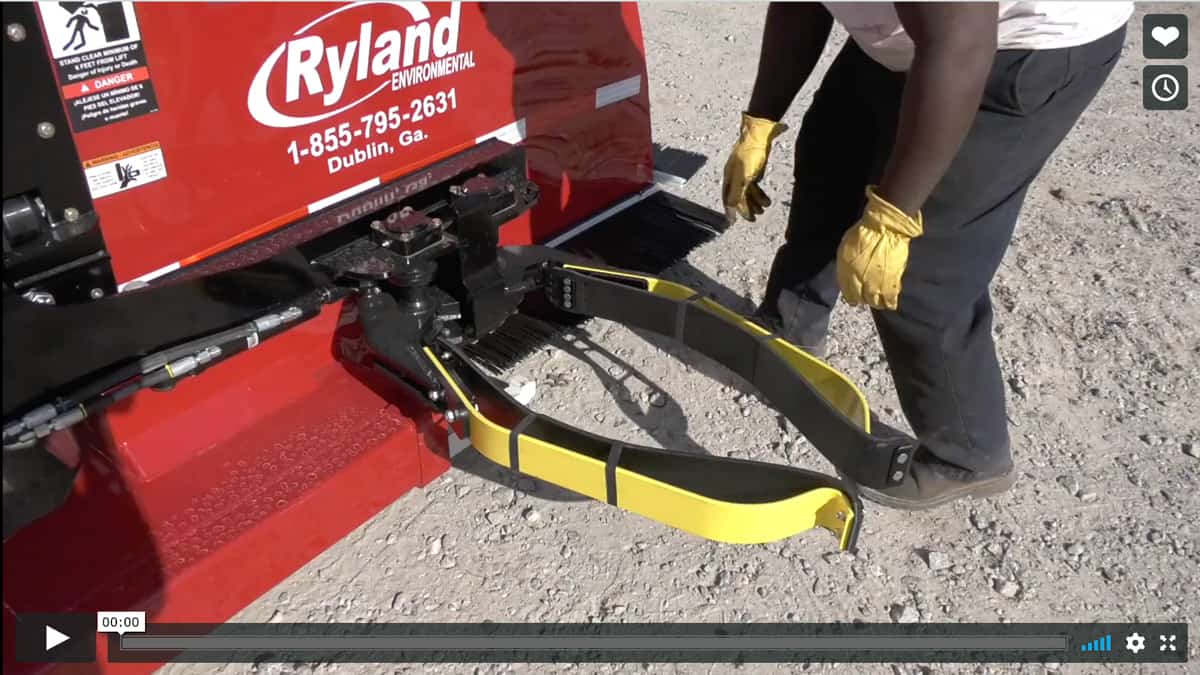 All the lubrication points on the Curotto-Can are easily accessible. Operators can complete the daily inspection and maintenance routine in about 5 minutes.

Simple To Use. Simple To Maintain.

By following factory-specific maintenance intervals, the maintenance costs for a front loader with a Curotto-Can system are significantly lower than comparable ASLs and about the same as those for rear loaders. 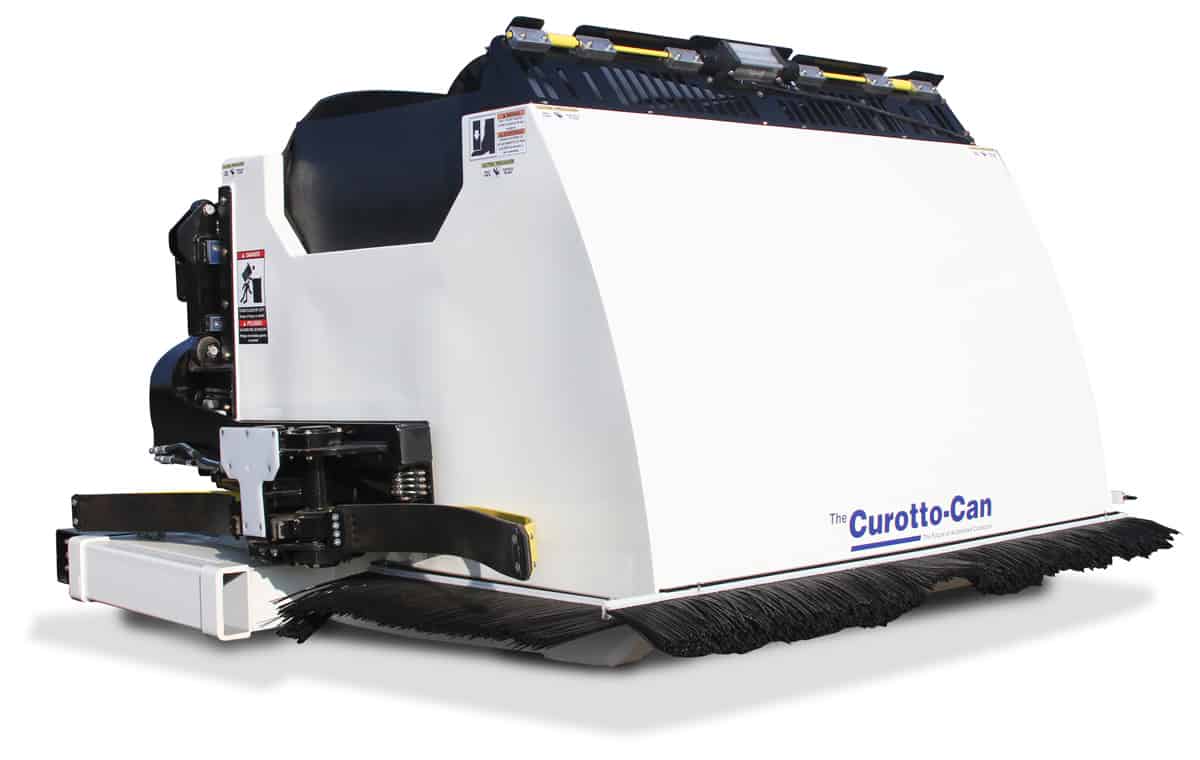 Another cost that is significantly lowered by using the Curotto-Can system is the cost of spares. With either ASLs or rear loaders, having a spare available means purchasing, licensing, and maintaining an entire collection vehicle.

By choosing a front loader with the Curotto-Can system, you only have to have an extra automated carry can on hand to have a spare.

The cost of one Curotto-Can is a small fraction of the cost of an entire truck. Again, your cost savings can be significant. 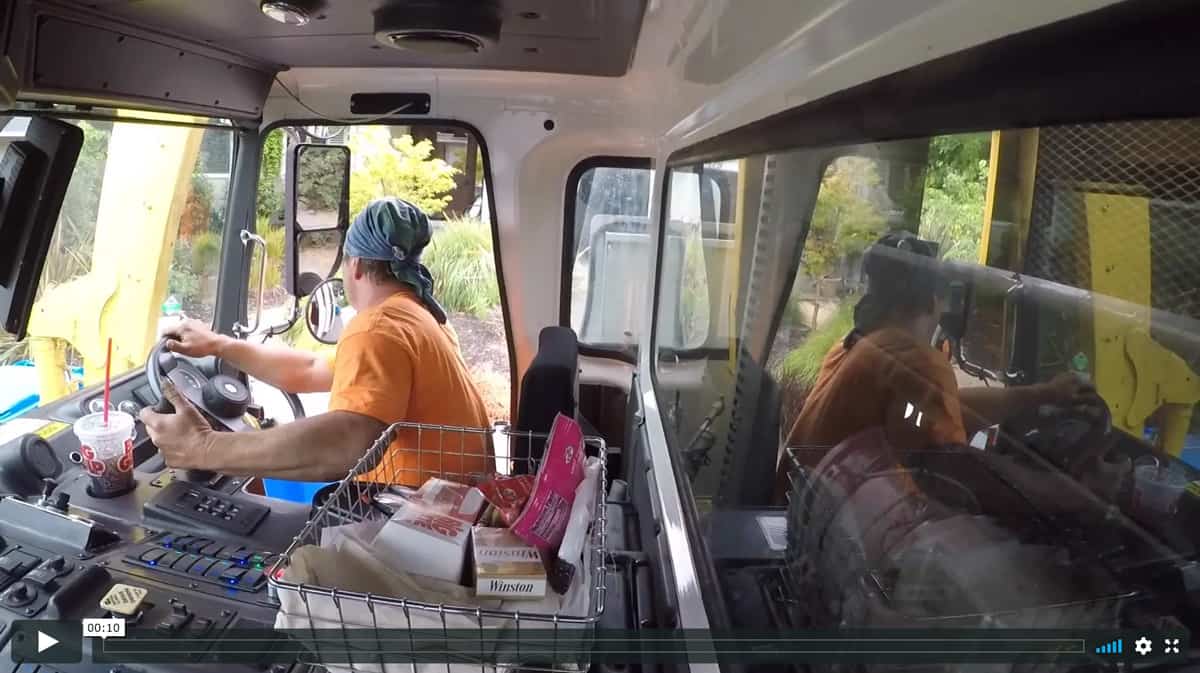 Driver looks forward at all times thus avoiding the neck and back strain associated with constantly turning to look backwards.

In general, WCB costs are highest for rear loaders mostly because of the constant heavy lifting and turning movements a worker must perform. ASLs also record significant WCB costs due to the repetitive motions operators must make to reach for the controls with one hand while turning the head to the right to monitor cart pickup and dumping. With the Curotto-Can system the cart pickup-dump-return cycle is right in front of the operator. No lifting or turning is necessary.

WCB costs for the Curotto-Can are the lowest of the three systems. 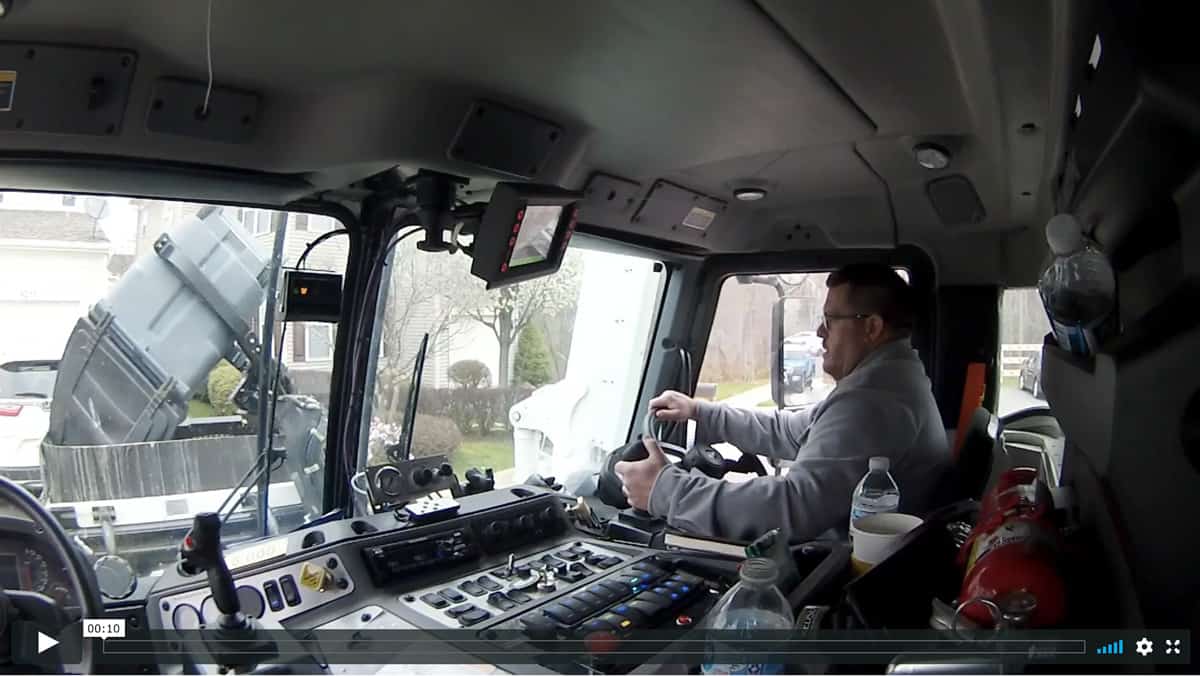 View from the streetside operator’s station. The complete pickup-dump-return cycle is right in front of the driver.

The Safest System Around

The grippers on an ASL are large and located eight feet behind the driver. If the operator moves forward without the grippers being fully retracted could damage cars, mailboxes, etc. The grippers on a Curotto-Can are small and right in view of the driver, virtually eliminating concerns about accidentally leaving them extended and causing damage.

Also, because ASL operators must look to the right at each pickup, they might not be aware if a child, pet, or vehicle moves directly in front of the unit while their head is turned. With the Curotto-Can system, the operator is looking forward at all times, reducing the potential risk for accidents.

Using the Curotto-Can system can significantly enhance the safety of both operators and community residents. 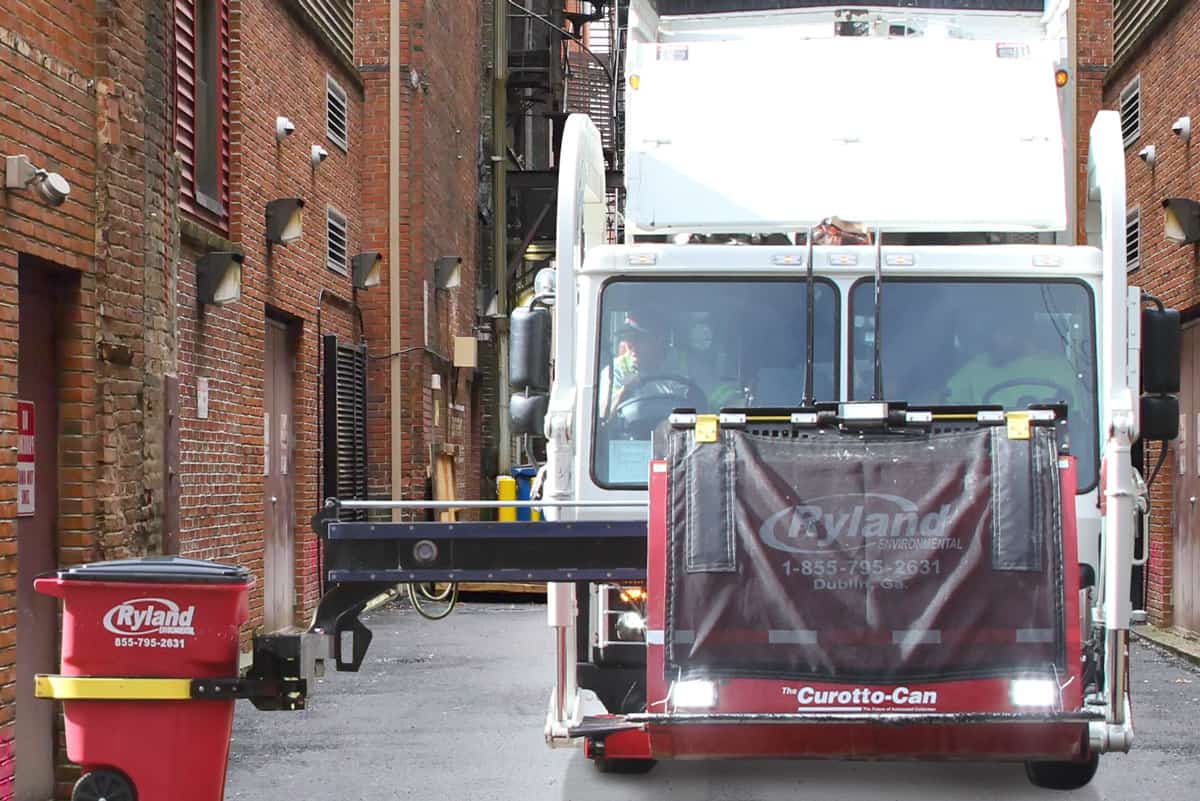 The Curotto-Can system easily facilitates collection in alleys and narrow streets. The space needed for the automated carry can to pick up and dump a trash cart is as wide as the space between the mirrors on the truck’s cab. In comparison, an ASL must pick up and return carts outside the front mirrors often making them a poor solution for narrow streets and alleys and requiring a second specialized unit to follow behind – increasing operating costs.

Simply put, the Curotto-Can system provides the best service to residents at the lowest price to the public.

Ready To Take Your Route To The Next Level?

The Curotto-Can is hands-down the best solution to immediately improve your fleet’s productivity, safety, and profitability. If you are ready to take your company to the next level, discover all that The Curotto-Can can offer.